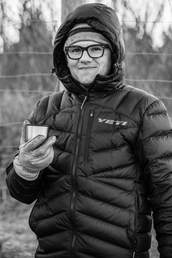 Mark is an award-winning documentary filmmaker and writer from Southwestern Wyoming. His character-driven style of storytelling is reminiscent of his equally unique upbringing in Wyoming.

Mark’s journey has been guided by the stories he tells. His thirst for truth and storytelling go hand in hand, which has given him the opportunity to make films in some of the furthest corners of the planet. In addition to his own writing and directing career, Mark also has a special interest in supporting new voices within the film and television industry. During his tenure at Sundance Institute in the Feature Film and Episodic Programs, he focused on ushering underrepresented artists into the industry by helping them hone their craft and develop their own personal stories. Mark holds an MA in Communication & Journalism from the University of Wyoming and an MFA in Producing for TV and Film from the University of Southern California. Mark splits his time between  Los Angeles and Wyoming. 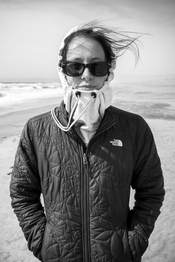 Carrie is a scientist turned producer. She got her start working as a scientific film consultant before going on to earn a PhD in Materials Chemistry from the University of Southern California. Funded by the National Science Foundation, her research has been published in several peer-reviewed journals and presented at conferences worldwide.
​
Carrie has produced two feature documentaries and several short films. ​She is driven by her endless curiosity to hunt down engaging stories with a unique perspective and has a critical eye for detail in the true-life stories she develops. Carrie is currently based in Los Angeles developing and producing documentary, feature, and episodic content. 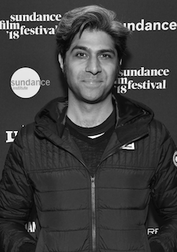 Hussain is a film programmer and producer. He has programmed international film, documentaries and interactive experiences for Sundance Film Festival, Sheffield Doc/Fest, Nordisk Panorama and some of the biggest film festivals in Australia. Hussain was born in Canada, and has spent time living and working in Australia, Japan, the USA, Sweden, the Netherlands, and the UK. After graduating from the Victorian College of Art in 2002 he wrote and directed several short films, many of which have played at international film festivals. His latest collaboration with Burning Torch Productions includes 'LIGO: The Way The Universe Is, I Think'. 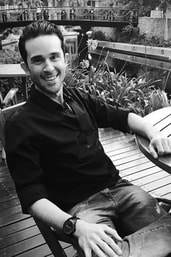 Our resident lawyer-turned-filmmaker, Calvin is a former attorney and television producer from Cape Town, South Africa. With a special eye for developing material and discovering emerging talent, Calvin acts as our go-to creative consultant and co-producer. Calvin graduated with a Master of Fine Arts from the famed Peter Stark Producing Program at the University of Southern California’s School for Cinematic Arts. His primary interests lie in commercial scripted material and other forms of pop-culture.
Mark Pedri Films